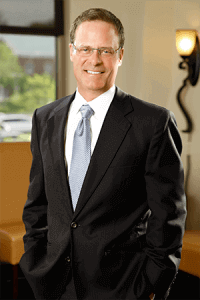 In 1997, Scott Elliot Smith set a then-record in Meigs County by obtaining the largest personal injury jury verdict. More recently, in June 2016, he and co-counsel obtained a historic $10.9 million verdict for a man who was catastrophically injured in an accident involving a Schwan's frozen food truck, the largest contested liability auto collision personal injury verdict in Franklin County - Common Pleas Court. He has obtained favorable results for clients in an outstanding 95 percent of his jury trials where he has been the lead counsel. Scott Elliot Smith has also received the highest possible rating of AV Preeminent from Martindale-Hubble in the areas of Legal Ability and Ethical Standards for 2017.

Scott Elliot Smith is a longtime member of dozens of legal associations, including the Ohio State Bar Association, Ohio Association of Justice and Columbus Bar Association. He has received numerous awards and professional recognitions during his career, has been published in legal periodicals and has served as an instructor helping to train fellow members of his profession through classes and seminars.

In his personal life, Scott serves his community by devoting time to the Ohio Special Olympics, the Columbus Bar Foundation, the Center for Child Advocacy, the Children's Hospital, and the Flying Horse Farms for terminally ill children.