Home » Blog » Deadly truck crashes on the rise, yet trucking industry still lags behind on safety

Deadly truck crashes on the rise, yet trucking industry still lags behind on safety 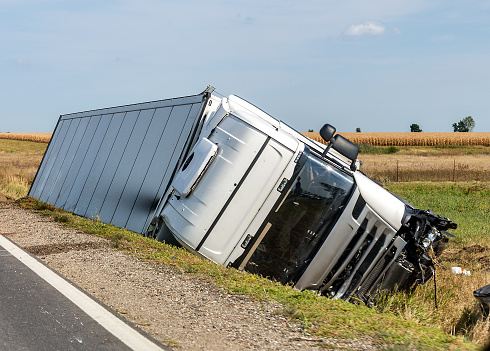 Large commercial trucks are a vital part of the economy in Ohio, but it's becoming increasingly dangerous to share the road with them. In 2018, there was a total of 4,678 traffic fatalities involving large trucks across the U.S. — a one percent increase from 2017. Truck crashes in 2018 involving pedestrians increased by 13 percent.

What's contributing to the rise in fatal truck crashes?

Last month, we weighed in a recent survey regarding the erratic behavior of truck drivers. Many survey participants have witnessed truck drivers speeding, making abrupt lane changes, and turning too quickly. Erratic driving is often the result of increased pressure to make deliveries with little time to do so. Road rage can also be a factor.

Other leading factors contributing to the rise in fatal truck crashes include:

We're already seeing a trend of semi-autonomous technology or advanced driver assistance systems (ADAS) in new passenger cars. These systems are loaded with sensors, radars, and cameras designed to detect imminent crash risks. They then either emit a sound to alert the driver to react or automatically take over certain driving functions. Some systems can automatically apply the brakes or control the steering wheel more quickly than the average human driver.

Many safety advocates attribute the reduced number of traffic fatalities in recent years to ADAS technology. The trucking industry, however, has been behind the curve on safety technology. Some companies and fleet owners are just now starting to catch up.

According to a 2017 study conducted by the AAA Foundation for Traffic Safety, each year, lane departure warning on large trucks have the potential to prevent up to:

Video-based onboard safety monitoring systems (designed to monitor the actions of truck drivers) may prevent up to:

Little Car. Big Truck. You Need To Even The Odds.

The attorneys at Smith Law Office in Columbus, Ohio hope to see these changes in the trucking industry. For decades, we have seen how devastating truck crashes can be and we have helped crash victims and their families seek justice.

If you were injured in a truck accident, or lost a loved one, feel free to reach out to us to explore the legal options available to you. Truck accidents are often highly complex, and thus, require an advocate with a wealth of legal knowledge and real courtroom experience. To find out how we can help you, contact us online and schedule your free case evaluation with our legal team.