How Inexperienced Truck Drivers Could Put Motorists At Risk 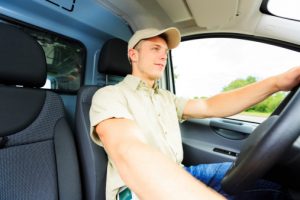 In recent years, the trucking industry has found itself in a dilemma – being forced to look to unconventional means of hiring new drivers to fill a shortage.

In order to stay afloat, the trucking industry will need about 50,000 additional drivers within the near future, according to The Trucker.com. One avenue the industry is exploring is hiring younger (but less experienced) drivers.

According to Logistics Management, lawmakers are currently addressing the trucking shortage with a recently reintroduced bill dubbed the DRIVE-Safe Act. If passed, it would allow around 200 military-trained truck drivers ages 18 to 21 to operate commercial vehicles across state lines.

The Federal Motor Carrier Safety Administration (FMCSA), however, is seeking to include non-military drivers within the same age range access to interstate commercial trucking. In the meantime, the FMCSA is seeking input from the public and those within the trucking industry on this matter.

This proposal has raised safety concerns within the trucking industry. Todd Spencer, the president and CEO of the Owner-Operator Independent Drivers Association, says, “It is undeniable that younger drivers are more likely to experience more frequent crashes and more severe crashes than older experienced drivers.”

The DRIVE-Safe Act has garnered support from about 70 trade organizations, most notably, the American Trucking Associations. According to the organization’s CEO Chris Spear, teenagers are already driving trucks. He explains further, “What these pilot programs will do is set out a path for these drivers to fully participate in our industry by allowing them to drive interstate.”

These results are based primarily on economic interests rather than safety. Nearly all of the survey respondents believed that the trucking shortage hurts the U.S. economy, and 71 percent believed that it raises the cost of shipping for businesses and consumers.

While the DRIVE-Safe Act may benefit the economy, there needs to be a balance. Operating a large commercial truck requires extensive training, experience, and skill. Whether trucking companies hire seasoned drivers, or those just entering the industry, it’s the company’s responsibility to hire qualified drivers.

In the event that a driver’s lack of experience or aptness to operate a commercial vehicle causes a crash, lives can be turned upside down forever. That’s why Smith Law Office is dedicated to helping injured motorists pursue justice against negligent truck drivers and their companies.

If you were injured in a truck accident in Ohio, contact us today. No matter how much a truck driver or trucking company attempts to deny any wrongdoing after a crash, we’ll stick to the evidence and the facts and will work tirelessly to help you maximize your compensation.