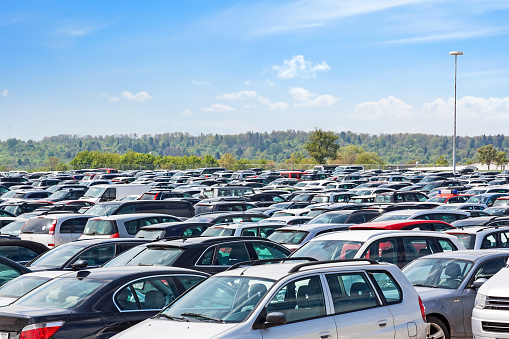 A car accident lawyer in Columbus, Ohio examines the problem

With the holiday shopping season approaching, so is the increased risk of a parking lot accident in the Columbus region. The math is simple: More people in crowded spaces is going to mean a higher likelihood of preventable accidents that result in injuries and deaths.

Distraction is a danger in parking lots

Motor vehicle accidents on highways or busy city streets typically attract more attention, but parking lots, particularly during the holiday shopping season, are dangerous and deadly too, according to the National Safety Council (NSC).

In parking lots, there are tens of thousands of car accidents, hundreds of deaths, and thousands of injuries every year in the United States. The number of accidents is probably higher than filed with insurance companies because drivers decide not to report many so-called fender-benders.

What makes parking lots so dangerous? One nationwide poll found:

Tips to protect yourself and others

The best courses of action to ensure safety are to drive slowly through parking lots and to maintain your alertness. You never know when someone is going to appear in your path from between parked cars, and you need to be on the lookout for pedestrians and other motorists.

Other safety tips include:

Demand justice when you've been injured

If you’ve been injured in a parking lot accident in Central Ohio, especially if you’ve been hit by a car, you likely have suffered major injuries. That's because people on foot have no protection against the average 3,300-pound midsize car, no matter how fast or slow it is moving.

Recovering from a bad accident and painful injuries is challenging—especially when you're trying to obtain compensation for your losses. You shouldn't have to pay out of pocket for expenses you didn't create, but if you're not careful, you could lose out on the compensation you're entitled to.

At the Smith Law Office, Attorney Scott Elliot Smith knows how to build strong cases, deal with the insurance company, and fight for every dollar his clients deserve.

See how an experienced Columbus, Ohio car accident lawyer can help you, and contact us today for a free consultation.