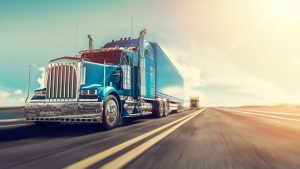 Proposed federal rule changes for commercial truckers have prompted opposing claims that the result will range from safety and flexibility, to exhaustion and danger.

The Department of Transportation’s Federal Motor Carrier Safety Administration (FMCSA) has published a notice of proposed changes to hours of service rules, according to EHS Today, an occupational safety and health journal.

Break times, consecutive driving hours, effects of adverse driving conditions and distance limits are among the areas addressed by the proposed changes.

What are the proposed hours-of-service regulation changes?

According to the FMCSA’s summary of the plan, the proposed changes would improve efficiency by increasing truckers’ flexibility.

The FMCSA proposed changes would:

An air mile consists of just over 6,076 feet compared to the standard land mile of 5,280 feet. The term land mile refers to the distance between two locations measured by traveling between them in an imaginary straight line on the ground, according to online travel tips.

Drivers’ safety would be jeopardized by the FMCSA proposed changes to hours-of-service regulations, according to one union official.

General President James P. Hoffa of the International Brotherhood of Teamsters said the proposed rules would amount to abandoning safety and extending workdays that could exhaust drivers.

An official with the American Trucking Associations, however, said the proposal would be an update that improves highway safety and gives drivers more flexibility than they now have.

Association CEO Chris Spear said the FMCSA should be commended for mounting an open and data-driven process.