Home » Blog » Putting a Stop to Red-Light Running in Columbus

Putting a Stop to Red-Light Running in Columbus 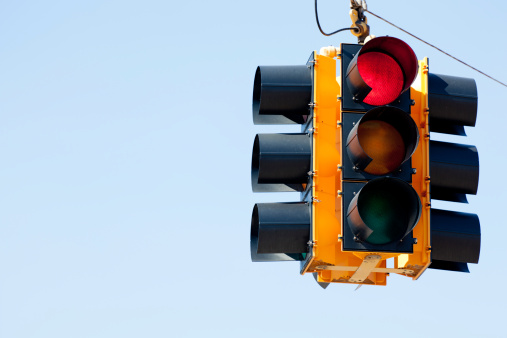 Traffic signals are put in place to safely control the flow of vehicles through intersections. But when people don’t follow the signals, it can lead to car accidents that leave people seriously hurt or killed. Negligent drivers may run red lights because they are impatient or feel they don’t have enough time to stop safely when the light is yellow.

The results can be devastating. A February crash in Columbus involving a red-light runner resulted in two fatalities.

Columbus police said a 67-year-old driver of an SUV was going south on Wilson Road around 11:30 a.m. when he ran a red light at Interchange Road. Police said the SUV then struck a Ford pickup driven by a 36-year-old man, who was heading east, crossing Wilson from Interchange Road onto the ramp for I-70.

Both men were taken to the hospital and later died from their injuries.

A serious problem across the country

Running red lights causes hundreds of deaths and tens of thousands of injuries every year, according to the Insurance Institute for Highway Safety (IIHS).

The organization notes that 846 people were killed in accidents involving red-light runners. More than half were pedestrians, bicyclists, and drivers and passengers in vehicles hit by a red-light runner.

Who is running red lights? A lot of us, it turns out.

The IIHS cites a 2020 survey from the AAA Foundation for Traffic Safety in which people were asked about traffic safety issues. More than 86 percent of respondents said speeding through a red light is “very or extremely dangerous.” But 31 percent said they had run a red light within the previous 30 days.

There are a couple of methods that can help with reducing red-light running, the IIHS says. One is signal timing. The idea is to increase the length of a yellow light to give drivers a little more time to slow down to a stop. IIHS cites studies from the Institute of Transportation Engineers that found increasing yellow signal time can reduce the frequency of red light violations and crashes.

But the most effective method is red-light cameras, they argue. Cameras connected to the signal take photos of vehicles that go through a red light, and police can then issue a citation. A study conducted in large cities found that cameras reduced the fatal red-light running crash rate by 21 percent and the rate of all fatal intersections by 14 percent.

Columbus, as well as other cities throughout Ohio, have used red-light cameras in the past. But the program was dismantled amid several legislative and court challenges.

If you were injured in a crash caused by a red-light runner, it seems that recovering financial compensation should be easy. But negligent drivers deny doing anything wrong. Insurance companies question the seriousness of your injuries and try to find other ways to justify paying you less.

That’s why you need an experienced car accident lawyer on your side. Smith Law Office has been fighting for the injured in Columbus and central Ohio for decades. We know how to build strong cases that help our clients recover the financial compensation they need and deserve.