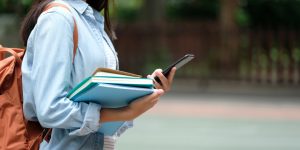 The number of reported rapes at four-year public colleges and universities in Ohio increased by 66 percent from 2015-2016, according to a report by www.cleveland.com. Crime stats released by the state show a massive spike in reported rapes at four-year institutions in Ohio, from 116 reported cases in 2015 to 193 in 2016. Additionally, reports of fondling jumped from 57 to 97 reported cases, or an increase of 70 percent.

According to the most recent annual crime report published by The Ohio State University in September 2018, reported rapes on OSU’s campus rose from 26 in 2015 to 71 in 2017, which represents a 173 percent increase. During that same timeframe, reports of fondling jumped from 13 in 2015 to 29 in 2017, or an increase of 123 percent.

What to make of the numbers

While these statistics are worrisome, they may not accurately reflect the true number of student rape and sexual assault survivors at colleges in Ohio.

“…The report lists a lack of resources and training on gathering these statistics as a problem for public universities, along with reconciling data with the categories on the annual report.”

When we couple this with the fact that many sexual assault survivors don’t come forward to report what happened to them, then it wouldn’t be a surprise if these statistics underestimate the true number of rapes and sexual assaults that take place on college campuses in Ohio each year.

According to national statistics from End Rape on Campus, 1 in 5 women are sexually assaulted in college every year and 100,000 students will be sexually assaulted on campus during the school year. Some reasons survivors choose not to report include:

You are not alone, and your story matters

These statistics joined with the ongoing litigation against Ohio State University for enabling and condoning the sexually abusive actions of former medical provider Dr. Richard Strauss shed light on the critical need for universities to have protocols, policies, and procedures in place to protect students from rape and sexual abuse.

In order to effect change, survivors need to feel safe to come forward and tell their stories, and those responsible need to be held accountable. There is strength in numbers, and whether they are anonymous or named, every survivor deserves a voice.

Smith Law Office has been assisting and advocating for Dr. Strauss abuse survivors since day one, representing Steve Snyder-Hill, a decorated US Army Major and OSU graduate who was among the first survivors to come forward and tell his story about sexual abuse by Dr. Strauss.

If you are a survivor of sexual abuse at OSU or any other college, our legal team wants to hear from you. There are no obligations, and everything you tell us will remain 100 percent private and confidential. Together, we can effect positive change and deliver justice to survivors. Contact us today for a confidential consultation.