The Risk of Injury and Death Caused by Columbus Road Debris 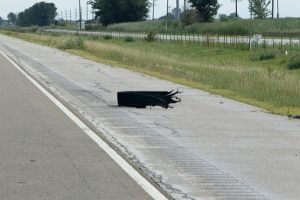 Ohio drivers face many risks on the road. While impaired driving, distracted driving, and sleepy driving are the focus of extensive media coverage and activism, road debris is a hazard which receives far less attention. Yet the dangers of road debris are very real for the Ohio families whose lives are affected by traffic accidents. The advice of a Columbus car accident attorney can help protect the legal interests of victims who have been injured by road debris.

Tales From the Road

Both anecdotal and statistical evidence demonstrate the scope of the problem of road debris. The AAA Foundation for Traffic Safety reports that auto accident deaths in the United States related to road debris increased from approximately 90 in 2001 to 125 in 2014. The problem affects Ohio road users, too: according to The News-Herald, road debris causes an average of 20 deaths per year in Ohio. Between 2012 and 2016, road debris caused nearly 19,000 auto accidents in Ohio. These accidents resulted in 102 deaths and 569 victims becoming seriously injured. The state highway department also reports that it spends approximately $4 million of taxpayer funds cleaning up the highways of Ohio every year.

Fox 28 Columbus recently investigated the problem of road debris in Delaware County. They found many anecdotal incidents of Ohio drivers who had been endangered by various types of debris on and around the roads of Delaware County. One of the station's photojournalists sustained $800 worth of damage to his vehicle when a shovel flew out of a pickup truck ahead of him. The shovel slid underneath his car and caused "a mini explosion," which resulted in transmission fluid leaking everywhere.

On a road trip with an Ohio State Highway Patrol trooper, the reporter experienced sand coming loose from a dump truck, and hitting the windshield of the police cruiser. The trooper explained that dump trucks are "notorious for unsecured loads," often because the operators don't use a tarp or have a defective tail gate. He also explained that Ohio law is clear: vehicle owners have to secure their loads.

The legal obligation to secure vehicle cargo is outlined in Section 4513.31 of the Ohio Revised Code. This section prevents vehicles from being driven on Ohio highways unless the vehicle is so constructed, loaded, or covered as to prevent any debris from dropping, sifting, leaking, or otherwise escaping therefrom. Drivers who violate this section are subject to fines and penalties, including possible misdemeanor charges. A violation of this statute can also be used as evidence that the driver was negligent. A finding of negligence creates a legal obligation to compensate injury victims for financial losses which were incurred as a result of the accident. Of course, it can be difficult to trace the source of road debris. Consult with a Columbus car accident attorney after any type of auto accident in order to give your legal rights as much protection as possible.