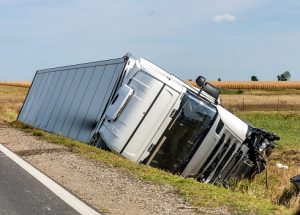 As our Columbus trucking accident lawyers can tell you, fatigued truckers are one of the primary causes of serious and sometimes fatal crashes.

The highest court in the land declined to consider a petition filed by the Owner-Operator Independent Drivers Association, who argued that the mandate to install the devices by the Department of Transportation's Federal Motor Carrier Safety Administration was unfair to small businesses.

Many smaller carriers had been holding off on installing the devices, waiting to see how the high court would rule, and hoping they wouldn't have to dig into their coffers to cover the expense. Now, they will have to fork over the cash to ensure they are in compliance.

The OOID argued before the court that requiring they install these devices would hit them the hardest in terms of cost. Larger carriers would easily be able to install the devices with little disruption of service or costly expense, whereas smaller firms would have a tougher time getting together the capital and taking their trucks out of service to conduct the installation.

At minimum, these devices will cost $20 per unit monthly to maintain, not to mention the installation costs. Beyond that, the trade group said the measure is likely to lead to harassment of truck drivers and constitutes an invasion of privacy.

But advocates with the American Trucking Associations say the measure is necessary to prevent carriers and drivers from skirting federal limits on how many hours truckers can be on the road without sleep or rest, as this is known to be a primary cause of trucking accidents in Ohio and throughout the country.

As noted by the FMCSA, the hours of service rules apply to any truckers operating vehicles 10,000 pounds or more or when transporting hazardous materials in quantities that require placards. It also applies to certain commercial carriers who are carrying passengers.

Drivers are also required to take a 30 minute break after eight hours of driving. There are some short haul exceptions.

The 60/70 hour limit set for each week has been suspended.

Although many truckers are obstinate about being monitored by the devices, with common refrains of "I don't need a device to tell me how to do my job," the fact of the matter is that far too many drivers and carriers don't strictly follow the letter of the law, and that puts everyone on the road at risk. There are approximately 4,000 people killed each year in large truck accidents, according to the NHTSA. Another 95,000 people are injured. The aforementioned statistics remind us exactly why trucks require a driver who is alert and well-rested.