Home » Blog » Do you assume liability when you wave to another driver to "go ahead"?

Do you assume liability when you wave to another driver to "go ahead"? 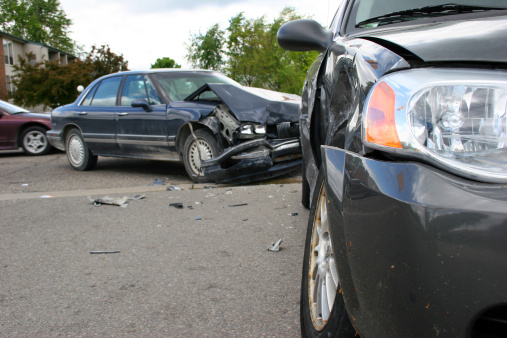 You're driving your car in Columbus when you notice the traffic light ahead switch from green to yellow, prompting you to take your foot off the gas and begin to slow down for the impending red light. As you roll toward the stopped vehicles in front of you to wait in line for the light to change, you stop short of a strip mall exit on your right so that you don't block other drivers from turning out of the parking lot.

While you're waiting for the light to change another motorist trying to leave the parking lot stops at the exit and looks for an opportunity to make a left turn. You, being a kind and considerate driver, check to see if it's clear for the other motorist to pull out into traffic.

When you don't see anyone coming you politely wave to the other driver and motion with your hand for them to "go ahead," which they do  — and that's when the driver that you didn't see coming in the opposite lane crashes into the vehicle you just waved through, resulting in a bad car accident.

If you've been driving long enough you've probably seen something similar happen, even if the car pulling out into traffic made it through safely without getting hit by someone else. But what if the person you waved through gets T-boned or rear-ended by another driver and ends up seriously injured — or worse — as a result?

Who's responsible for the crash, and by extension, liable for the injured driver's damages? You weren't even involved in the actual collision, so that means you can't be sued for it, right?

The answer depends on what state you're in when the accident occurs and the specific details of the crash.

If you're a driver in Ohio, here's what you should know.

Waving at another driver in Ohio

In most states, waving to another driver to "go ahead" means you accept at least some responsibility for that driver's safety since you're in a position to see oncoming traffic and they are not — and it's reasonable for the other driver to assume that you wouldn't intentionally tell them to proceed if it wasn't safe to do so.

Places like Georgia, however, have laws in place that prevent crash victims from taking legal action against others for a simple wave, while in Kentucky the crash victim must prove that the motioning driver owed the victim a duty of care when they waved them through.

As for Ohio, the issue of a "waving" driver's liability has been heard by the state's appellate courts throughout different points in time, but unfortunately, there are differing opinions. For instance, the Ohio Supreme Court once ruled in the 1960s that a driver who motions to another to "go ahead" can't be held responsible for an ensuing crash, while another district determined it was up to a jury to decide who's liable in an accident involving a driver who waves another motorist through.

Who's fault is it then?

One argument against holding waving drivers responsible is that they are simply signaling to other drivers that they are yielding the right of way. It's on the drivers who are attempting to pull out into traffic to decide if it's safe to proceed, not the driver who motions "go."

The other school of thought says that in some circumstances a crash can be at least partially attributed to a waving driver's negligence, that is, motioning to another driver to proceed when it isn't safe to do so. Most drivers reasonably assume that when another driver signals for them to "go," there aren't any cars coming and it's safe to pull out into traffic.

Depending on the circumstances of the crash, there can be a grey area too. For instance, if you're waiting to pull out into traffic and a driver whose view of the roadway is clearly obstructed motions for you to proceed, you shouldn't just blindly drive out into the street and hope the coast is clear. No reasonable driver should trust the judgment of another driver in that position.

When in doubt, don't take chances

For drivers in either position, it's probably best to play it safe when these scenarios present themselves. That means if you're waiting to turn out into traffic and another motorist motions for you to go, just wait until you can see what's coming before you proceed. And if you're stopped in traffic and you notice someone else looking for an opportunity to pull out into the road, leave it up to them to decide when it's safe to go.

Protect your rights with a car accident lawyer

Determining liability in a crash involving a waving driver is critical in states like Ohio, which follows a "modified" comparative negligence law. That means if you are found to be more than half (50%) at fault for an accident, you are barred from recovering damages from other parties involved in your crash. If you're 50% or less at fault, any compensation you do recover will be reduced proportionately by your percentage of fault (e.g., you were injured in a crash and found to be 33% responsible, thus any monetary damages you're awarded will be reduced by 33%).

If you were injured or a loved one died in an accident involving a driver who motioned that it was ok to proceed, contact Smith Law Office right away to protect your rights and learn your legal options. You may be eligible for compensation that covers the cost of all your accident-related expenses, including your current and future medical bills, lost income from missed time at work, your pain and suffering, and more. We may also be able to pursue a claim against others involved in your accident, including the driver who actually hit you. The only way to find out is to schedule a free consultation.

See what a highly skilled car accident lawyer who's been fighting for the injured in Columbus since the 1980s can do for you, and contact us today.