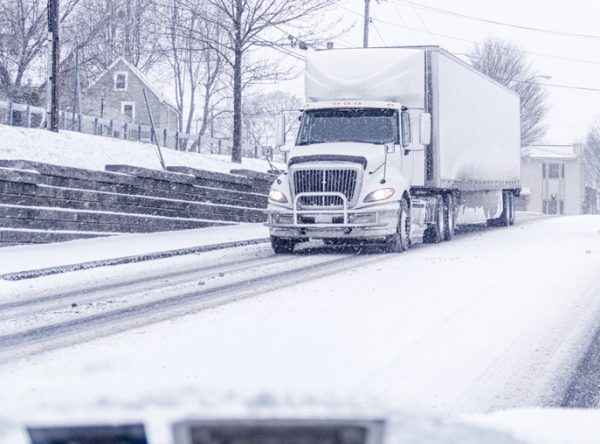 So far this winter season, Ohio has been slammed with snow and ice -- twice. Around mid-December, a winter storm dumped more than four inches of snow across the Midwest.

Just days before ushering in the new year, a brutal storm brought several inches of snow and wind gusts of up to 70 mph to Ohio. Several crashes were reported as a result of the weather.

On average, the Columbus area gets more than 27 inches of snow each year. The two most recent snowstorms only mark the beginning of the season. Until spring arrives, we can expect more slippery road conditions.

How often do truck crashes occur during the winter?

Winter weather is problematic for all drivers, and is a factor in more than 1,300 road deaths and more than 116,800 injuries across the United States each year. According to the Federal Motor Carrier Safety Administration in 2017:

Navigating snowy and icy roads is never easy for any driver. Drivers of large commercial trucks, however, must have adequate training and experience to operate big rigs during winter weather conditions. The most common factor in winter truck crashes is speed. Due to their sheer size and weight, large commercial trucks take a considerable amount of time to slow down or stop. Drivers who are either in a hurry to make more deliveries or fail to give themselves enough time are more likely to lose control of their trucks on slippery roads.

This often results in:

Snow and ice that accumulates on top of truck cabs and trailers also pose a risk to passenger car drivers. When truck drivers fail to clear the tops of their vehicles:

If you or a loved one was hurt this winter season because of a truck driver who failed to take appropriate safety measures, it's critical that you speak to an experienced Ohio truck accident attorney as soon as possible.

The legal team at Smith Law Office has more than 40 years of combined experience holding negligent truck drivers, and the companies that employ them, accountable. We can help you pursue a strong legal claim and recover all medical expenses, lost wages, and non-economic damages that you're entitled to.

Get started on your claim today. Contact our Columbus law office online and schedule your free case evaluation.