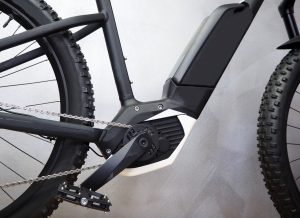 Driving through rural Delaware County, a 36-year-old diabetic woman with poor vision swore she didn't know she hit a bicyclist. But she didn't stop to see what she'd hit, either. Meanwhile, a popular high school coach and avid cyclist lay dying on the roadside. His body was found the following morning.

For that, a Columbus judge has decided, the driver will serve the next 4.5 years behind bars.

Our Columbus, OH accident attorneys know that unfortunately, Ohio's roads are a dangerous place for cyclists. Our concern heightens as we near spring and warmer weather, when we can expect more bicyclists to brave the roads in their travels to classes, work and for recreation and fitness.

For those who are struck by uninsured or underinsured drivers - or by drivers who leave the scene and are never identified - it can mean a lengthy process of battling your own insurance company for coverage. According to a recent study by the National Alliance for Biking and Walking, about 3.5 percent of all Columbus' traffic fatalities were bicyclists. That is nearly 13 percent higher than the national average.

But where biking and walking accounts for 12 percent of all trips nationwide, corresponding infrastructure receives about 1.6 percent of the funding.

Columbus ranked 25th among 50 cities in the nation for frequency of biking and walking. We also rank 25th in terms of bicycle and pedestrian fatality rates.

A new federal initiative, called the Safe Streets Act of 2014, would require future transportation projects using federal dollars to design streetscapes that prioritize the needs and safety of cyclists and pedestrians. However, even if passed, it won't go into effect for another two years. It could be several years after that before we finally see results.

While infrastructure is certainly part of the problem, it's not the entire problem. Redesigning a street may make a bicycle accident less likely to happen, but it won't necessarily keep a driver at the scene if a crash does occur.

Cyclists need to know that in these situations, they may seek underinsured or uninsured motorist coverage from their own auto insurance carrier. However, your insurance company is not likely to bend over backward to extend coverage to you. In fact, they may well fight you on it, even if it's clear you weren't at-fault.

Some policies contain fine print the company may use to try to deny you coverage. For example, if there is any indication that the crash stemmed from an incident of driver rage (not uncommon for cyclists to encounter), insurance companies may exclude coverage because the event is deemed an "intentional act" rather than an "accident."

It's not rare for insurance companies to systematically deny even legitimate claims, at least initially, according to a report from the American Association for Justice. Workers are in many cases rewarded based on the number of claims they successfully deny. Some insurance firms have even been known to punish workers who failed to meet their denial quotas.

Those who routinely ride bicycles should take the time to review their auto insurance policy to make sure their injuries and damages would be covered in the event of a hit-and-run crash.

If you are already in the midst of grappling with this issue, don't hesitate to call us today.